I mentioned that I was in a ‘nesting’ mood as of late and in that mood, I just made one of the biggest purchases I’ve ever made- I’m really looking at it as an investment! Remember when I mentioned I lost out at Dixon’s Auction (where I got my tv stand/bar) on a set of 4 Harry Bertoia white wire chairs? Its been in my head to use them for my kitchen table chairs; my table seats six, and I’ve capped the two ends with white Eames Eiffel chairs. I have long had a love affair with Bertoia and I’ve been on a mission to find them for years. Was lucky enough to get a set of 3 chrome Bertoia bar stools off Craigslist earlier this year. I was heartbroken when I lost out on them at the auction, but thankfully the gentleman that won contacted me last week and offered them at the price I was willing to pay because they were going to auction them off. I can’t wait! They should be here in a few weeks. My parents are picking them up (they are near that place out of state) and will be dropping them off to me early-mid July. Next up? New TV credenza and couch I’m thinking. Of course, I aim to only get them at the auction and it will probably be a while before I switch them out. Til then, I got on pinterest and started looking for inspiration.

Here’s some of the rooms I’m loving: 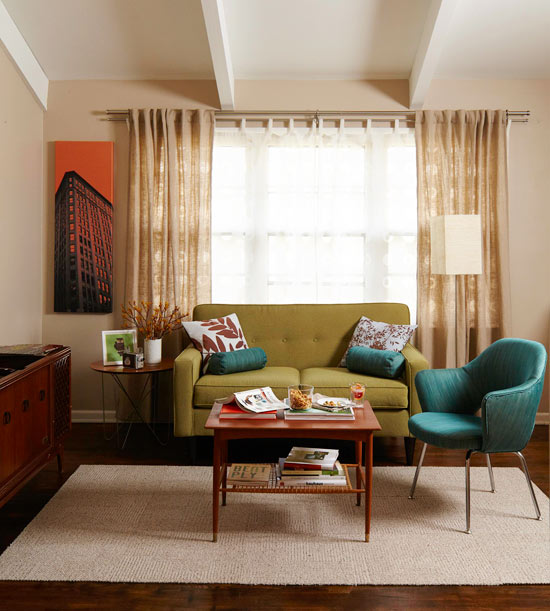 How home-y is this? it’s so inviting. 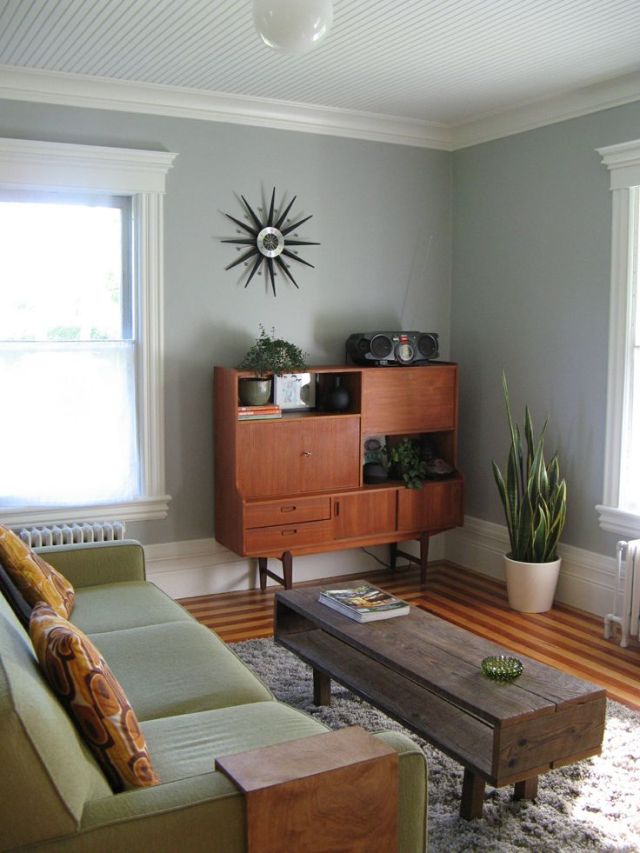 Love the soothing wall color. And those wood floors! 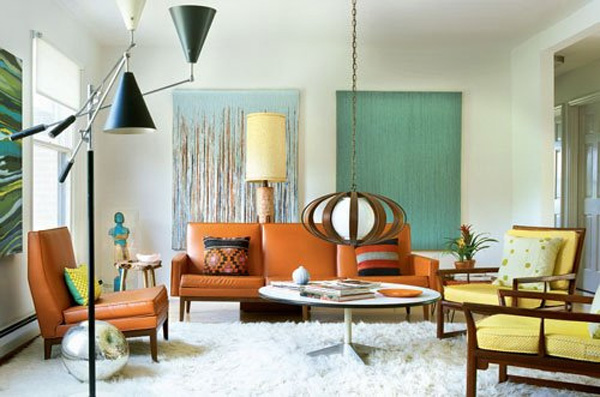 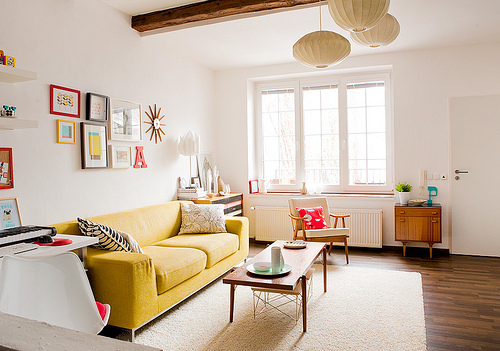 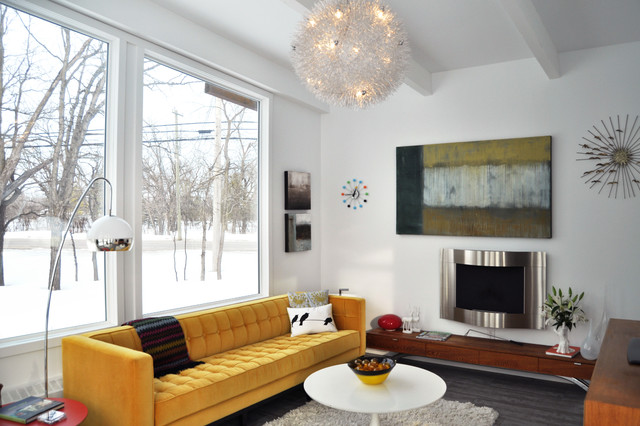 I love the pops of color in these rooms. 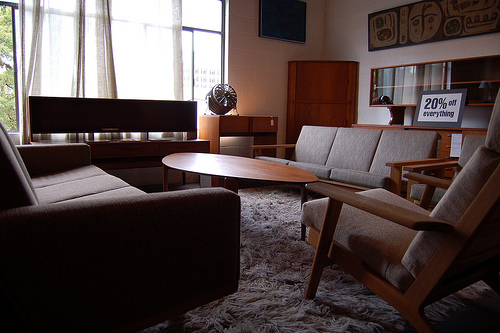 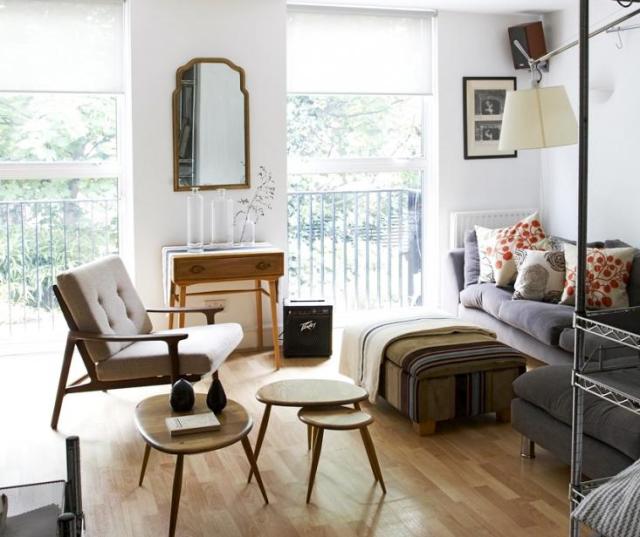 I love the moody sophistication of layering the teak with warm woolen greys and creams. 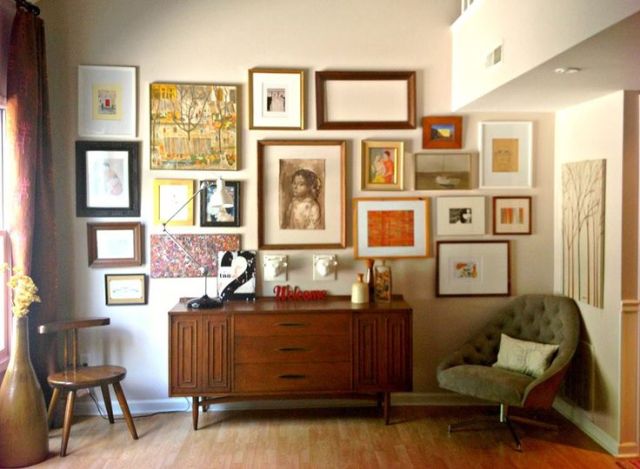 I have an exceptionally large expanse of wall that I have been struggling to figure out what to do with. I am really drawn to this wall collage and think it’s something that I would really like to attempt.

Any suggestions are appreciated:)

A 30-something vintage clothing hoarder who also has a penchant for books, coffee, lazy days and cats.
View all posts by Baltimore Bombshell →
This entry was posted in Home. Bookmark the permalink.